Finally finished my latest quilty project – apart from the actual quilting that is!

I used an idea in this book which had been made by my friend Nicola and tweaked it a little. I’m quite pleased with how it’s come out but I still have issues with the finer touches, mustn’t beat myself up though as it still is really early days!

This will adorn my dining room table over the Christmas period, I don’t think it’s too twee and I have been careful to use patterns that don’t clash with anything else! 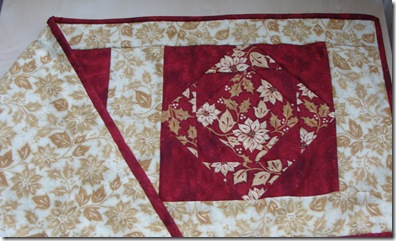 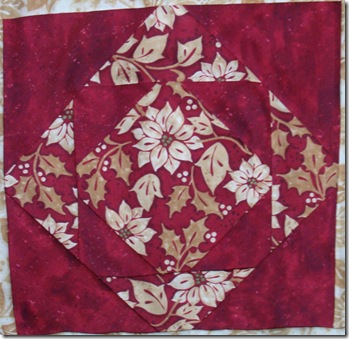 In other news…I’ve only gone and ordered myself a new sewing machine! I can’t quite believe it myself but I now know that I can’t achieve all that I want to with the one I bought just a couple of months ago. Big gulps now – hope I can use it when it arrives!!

Posted by easternsparkle at 09:01 4 comments:

At last I hear you all say – well I hope that’s what I hear!!

This must be one of the longest times I’ve gone without blogging which has felt a little strange. We’ve been home from the holiday for about a week now and with one thing and another I just haven’t got around to writing anything.

So, let’s get going shall we, no more dilly dallying. We had a lovely early morning flight from Stansted on the Friday morning which seemed like a good idea at the time, you know, more time in resort and all that. However that meant checking in by 5.15 AM. John & I cheated and spent the night before at an airport hotel although we still had to be up just after 3.30 to make sure we were all ready to catch the shuttle bus at 4.30!

One thing that amazes is me is how easy it is to actually meet up with people in a busy place! We were due to meet our friends at 4.45 and had agreed to phone them to arrange a rendezvous – the conversation went something like this ‘Hi, we’re by the letter H’ ‘I know I can see you’!  Even at that time of the morning we’d managed to be so close without any real coordination, I looked round to see Linda waving through the glass door (no, not literally I mean I could see her through the door!)

A four hour flight took us to sunny Tenerife in the Canary Islands and a short coach trip from the airport took us to the beautiful Bahia Princess hotel in Costa Adeje. John and I went to the resort about three years ago and stayed at the sister hotel to the Bahia which is just behind it. We preferred the Bahia as it was much smaller and less busy.

The week passed in a blur of sitting beside the pool, mainly in the shade, reading and people watching and not a lot else. We wanted a chill out break so deliberately avoided the usual coach trips around the island. We did however book on a free ‘promotional’ trip. We knew it would be a sales opportunity but  figured we just needed to say ‘no’ to any sales pitch and enjoy the free coach trip! The promotion was for a ‘sleep system’ which was actually very tempting, so tempting that John decided that we should by one of the mattresses as it would solve all of our aches and pains! There were people on the trip who, yep you’ve guessed it, already owned the product and absolutely swore by it, saying it had relieved their aches and pains and improved their quality of life no end. Now – am I a cynic? Do I think that these dear old souls had been ‘planted’ on the trip? They were very convincing is all I can say. The good thing is there was a two week ‘cooling off’ period which meant we could cancel the order when we got home. After a spot of ‘Googling’ we decided to cancel the order, we were a little concerned to find a very small print clause of having to pay 30% in the event of cancellation. My heckles rose on that one because it wasn’t even hinted at in the presentation – thankfully when we phoned to cancel there was no request to pay, which was just as well because we have no intention of doing so anyway!

, there’s not many just a few to give you a taste! 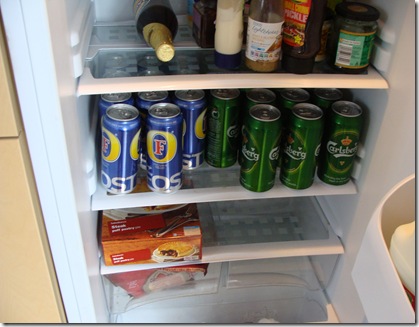 Guess what Son2 had planned while we were away? 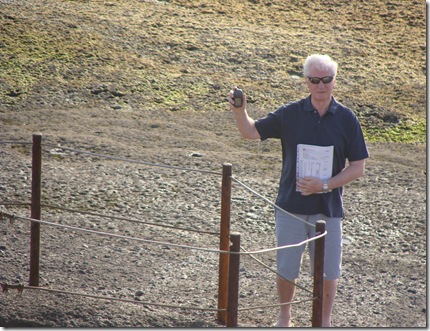 Of course John had to do a couple of Geo Caches – this one involved a leisurely stroll along the beach and then a climb down a shingly slope, needless to say I stayed on terra ferme  and zoomed in for the photo! 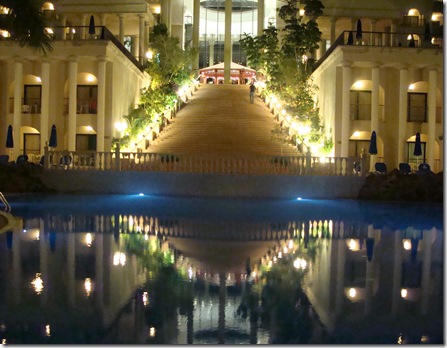 Isn’t this a beautiful sight? There are 52 steps from the pool area to the top, yep 52. No matter how you say it whatever language you use they were tortuous! I confess I only managed them once and found alternative ways of getting up and down – they were relentless! Made of marble, no ‘half way’ respite they were evil! 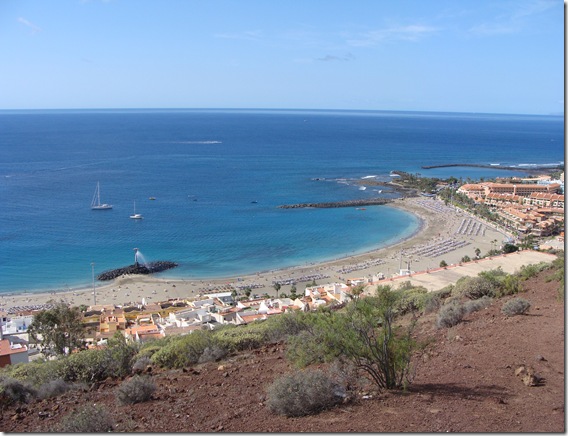 I let John go off to play by himself and trusted him with the camera – I think this picture was taken from Los Christianos on his Geo Caching jolly. 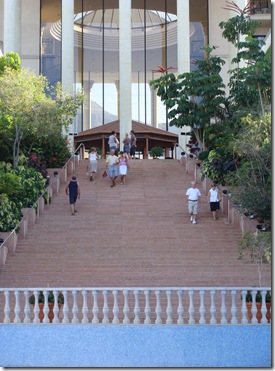 And just to confirm those steps – there were definitely 52 of them, even in daylight!

I think that’s enough for now, I’ll update with other stuff soon – it’s been a very strange week this week for a variety of reasons and I’m really glad to have a day off today!